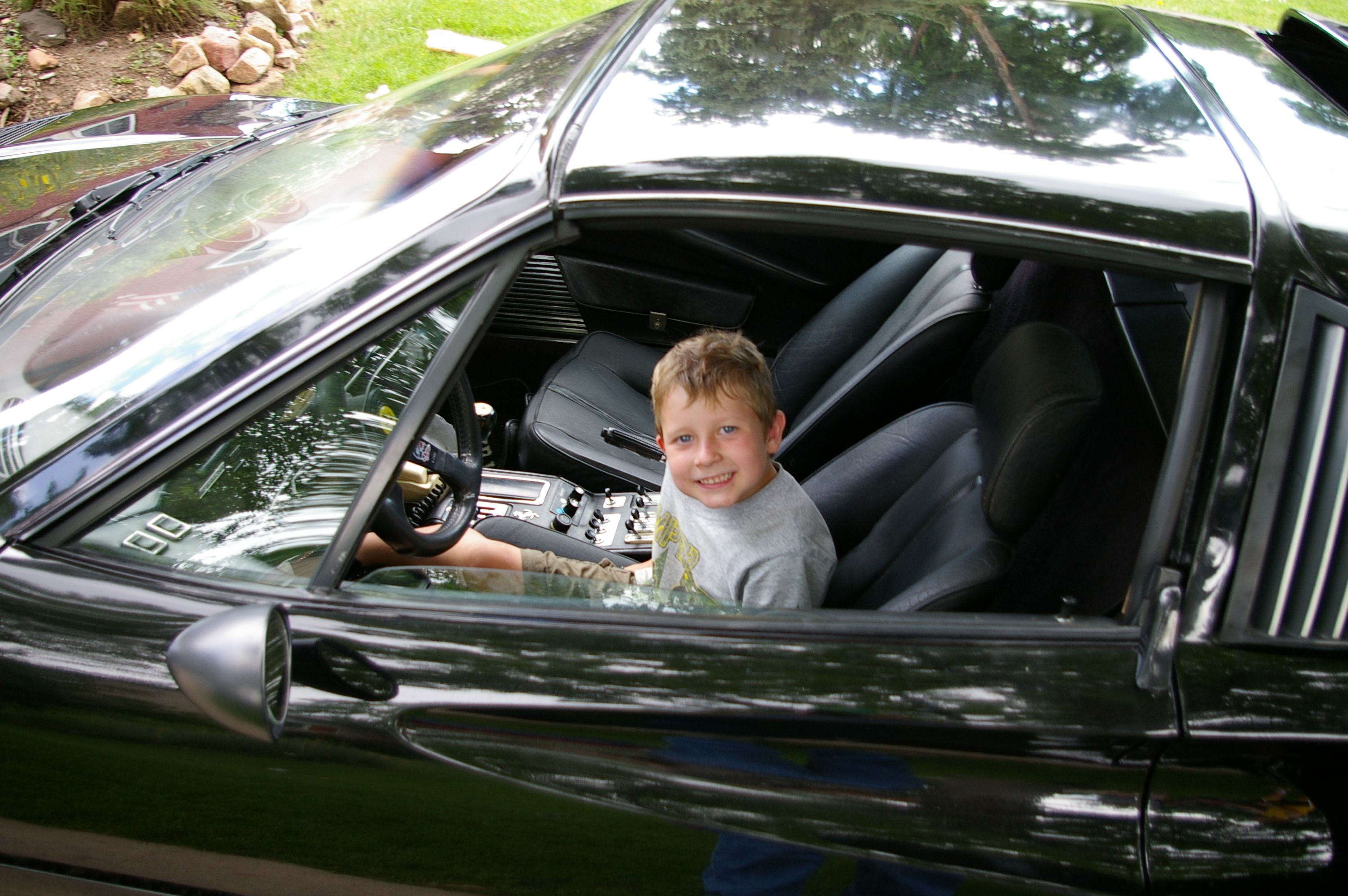 Dylan in the Ferrari

When the car was sold to Grand Prix Classics the owner drove the car for fun.  The only change he made was to the wheels.  He installed the current Etoile wheels on the car since the previous set was cracked (probably from racing!)  He sold the car to purchase an offshore boat.  The car, with 58,032 miles, was off to the fifth owner…in Michigan.  The car was given a major service in June of 1999 and at 61,929 miles the car was sold again and resided in Wisconsin.  The owner in Wisconsin did not drive the car often and put about 500 miles on the car before selling the car to me.  So that leaves me as the seventh owner of this beautiful car.  The car has been well cared for and always kept garaged.  This is evident by the fact that it still has the original paint and interior.